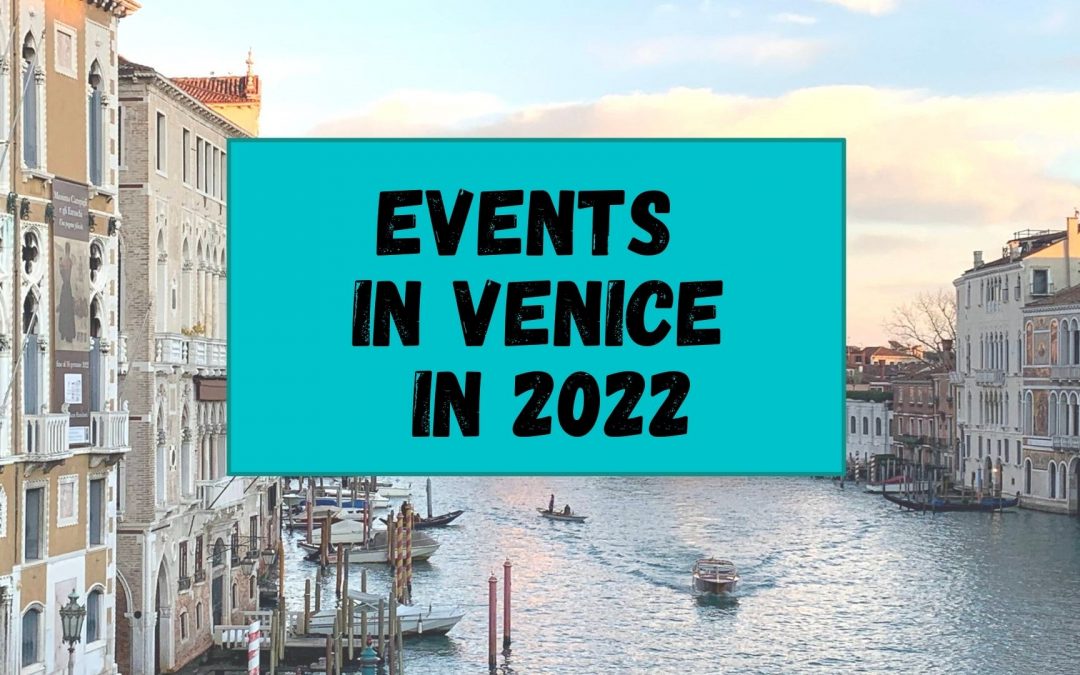 The year 2022 begins: what are the events that will characterize 2022 in Venice? Let’s see what they will be.

The year has begun and, although we are still in a particularly difficult period for the pandemic, I want to move forward with confidence. Let’s find out what are the main and most interesting events that will take place in Venice in 2022.

January is actually quite complicated but here is what awaits us the premiere of a musical. A huge event dedicated to Casanova, one of the most famous Venetians all over time. The musical Casanova Opera Pop: the story was written by Matteo Stukul (already the author of the book “Giacomo Casanova”) while the music is by Red Canzian (known as a member of one Italian Pop group of the ‘70). The debut in Italy will be at the Malibran theater on January 21, 2022.

February is the month of the Carnival. In this situation, we don’t know much about how it will play out, if it will be mostly online like last year or if there will be live events. Officially, the start is scheduled for February 12, but you know that the main events are concentrated in the last week. Everything will revolve around Sabato Grasso which will be February 26th. And on Saturday 26th February, the most famous dance of the Carnival takes place, the Ballo del Doge which this year will have “Time for a new Renaissance” as its theme.

In March we finally see some interesting news appearing on the horizon.

* On 11 March the new photography exhibition opens at the Casa dei Tre Oci dedicated to the photographer Sabine Weiss (until October 22, 2022) who has recently disappeared.

* On March 27 Palazzo Grassi reopens its doors with the “Open End” exhibition dedicated to Marlene Dumas, one of the most influential contemporary artists and widely present in the Pinault collections (until January 8, 2023).

April is the new May: in fact if until recently the exhibitions were inaugurated in May and a lot of events were added in the city. This year everything will be brought forward by a month.

* We begin on April 4 when the exhibition “Fontana Arte: living in glass” will open at Le Stanze del Vetro, dedicated to the historical and productive story of this Milanese company directed by Gio Ponti, Pietro Chiesa, Max Ingrad and Gae Aulenti (until July 31).

* On April 9, the Peggy Guggenheim Collection opens its dances with the exhibition “Surrealism and magic. Enchanted modernity” dedicated to the discovery of this incredible artistic movement of the last century (until September 26)

* Also on April 9, Ocean Space reopens, the incredible space inside the Church of San Lorenzo dedicated to the oceans. Then the dedicated exhibition program The Soul Expanding Ocean starts again (until October 2nd).

* On April10,  Homo Faber returns to the Island of San Giorgio (until 1 May). This edition celebrates the “living treasures” of craftsmanship through 15 exceptional exhibitions that invite visitors to discover the connection between Europe and Japan.

* Let’s go to 19 April at the Palazzo Cini Gallery will open an exhibition dedicated to the German artist Joseph Beuys: it will also be an opportunity to return to visit the precious rooms of Palazzo Cini (until 31 July).

* On 20 April at the Gallerie dell’Accademia (and Palazzo Manfrin in Cannaregio) the exhibition is dedicated to the artist Anish Kappor, one of the most influential artists on the international scene, opens (until 9 October).

* In the same week, we will attend the opening of the 59th International Art Exhibition curated by Cecilia Alemani whose title is The Milk of Dreams (until November 27). As you know, during that week they will also inaugurate a series of parallel exhibitions which he will give you an account of at the right moment. 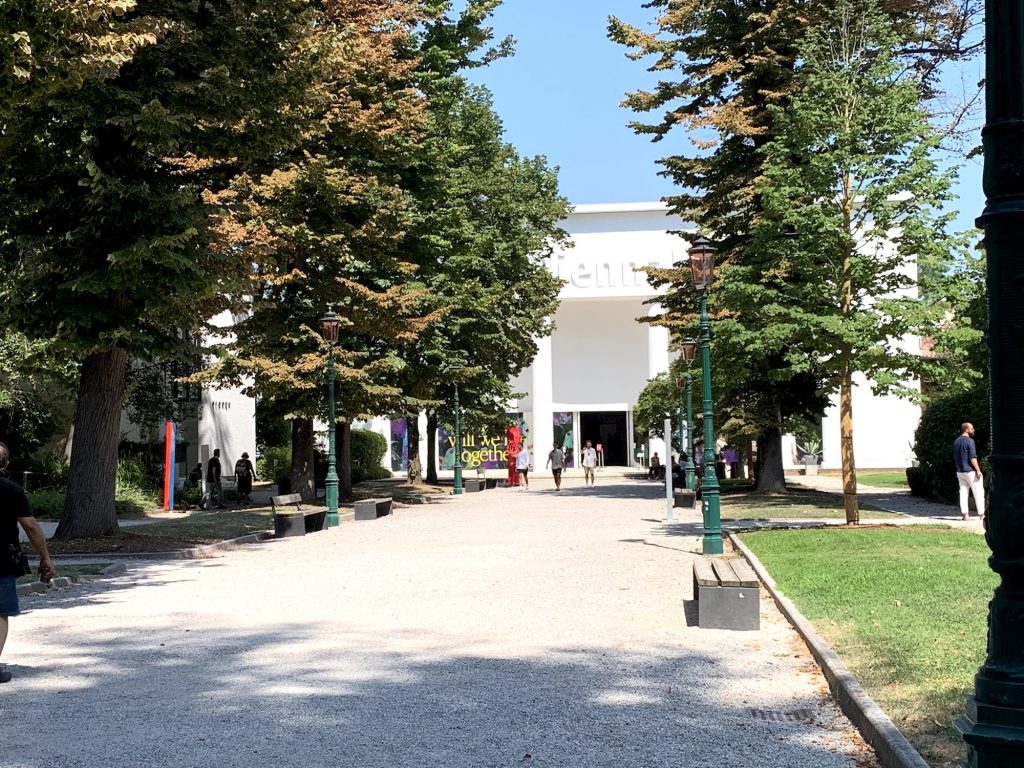 So, after all the openings in April, May it will be a month where there won’t be many events It should be remembered, however, that on May 28 the Boat Show will be inaugurated at the usual location of the Arsenale (until June 5).

After the Biennale Arte, in June it is time for the session dedicated to the theater. In fact, from June 24 to July 3 it will be possible to attend the Biennale Teatro directed by Stefano Ricci e Gianni Forte.

July, the month of the Redentore (Feast of the Redeemer) which this year will be celebrated on the weekend of 16-17 July 2022, but also of the Biennale Danza: the 16th International Festival of Contemporary Dance will take place from July, 22 to 31 2022, directed by Wayne McGregor. 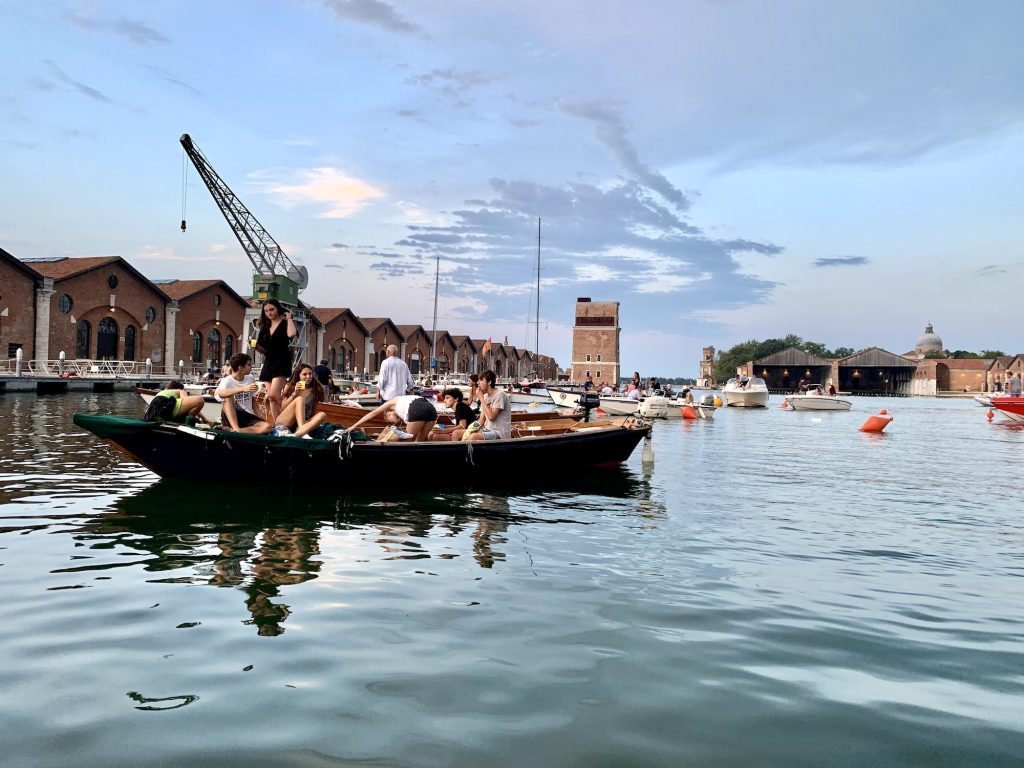 August is the month of waiting for the Venice Film Festival which this year will open on August 31st (until September 10th) again directed by Alberto Barbera. Already in the previous days, however, we see previews and special events so it is better to keep an eye on them.

As usual, September is pretty intense because the first days will still be days of the Film Festival but already on September 4th there will be the Historical Regatta along the Grand Canal at the same time. Other events in September:

* on a date to be defined but probably around the first half of the month at the Stanze del Vetro will inaugurate the exhibition The lighting at Venini (until January 2023) which will tell a cross-section of this historic Murano glass factory.

* The Venice Glass Week will take place from 17 to 25 September, a festival that the city of Venice dedicates to the art of glass with many exhibitions and events in Venice and Murano. 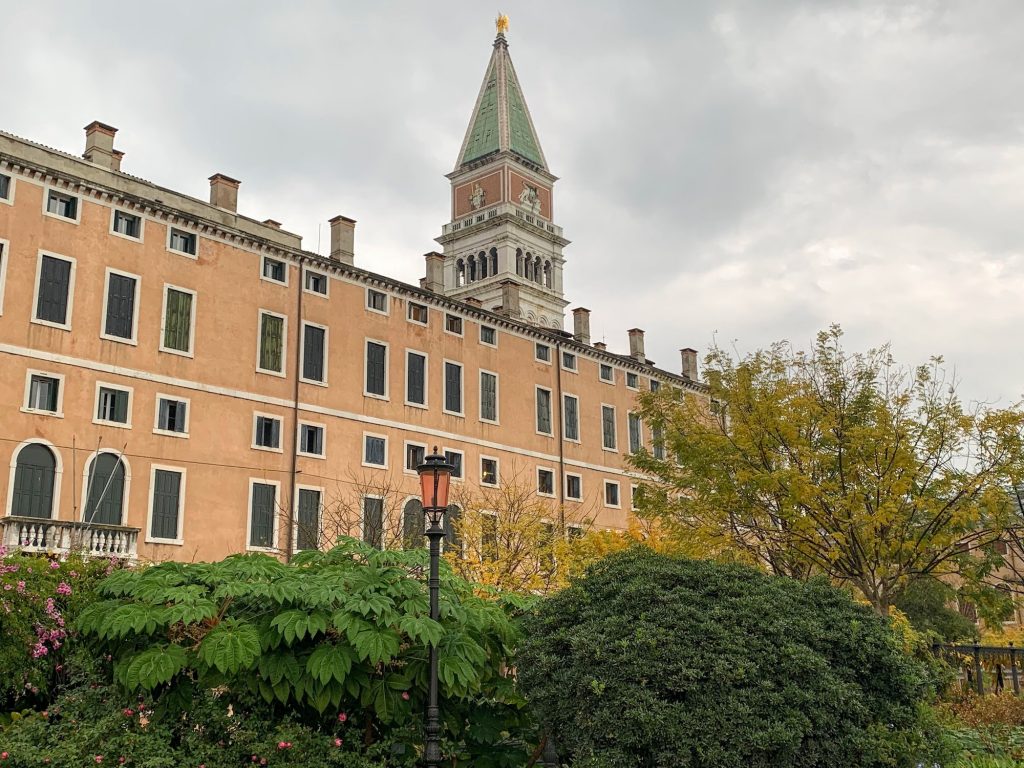 October for now quite unloaded but on October 23, 2022, there will be the 36° Venice Marathon.

Nothing to report for the moment. To mark the Feast of the Madonna della Salute on November 21st.

Even here at the moment, everything is quiet. For sure there will be some nice Christmas markets and who knows maybe some other event too.